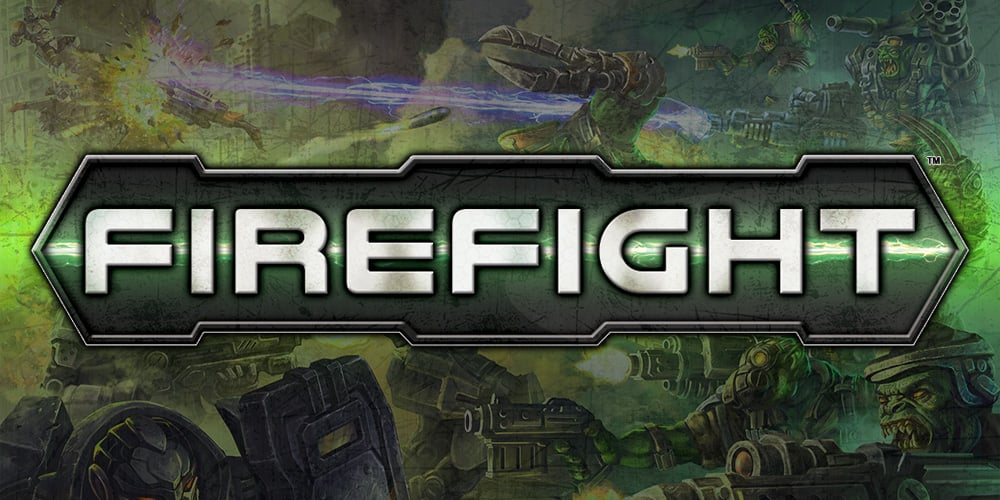 Are you struggling on how to expand your Plague Strike Force in Firefight: Second Edition? Need some tips about what units are going to boost your chances of victory? Just can’t decide between X and Y? Well, we’ve got just the blog series for you.

With the Plague, you really need to engage the enemy as quickly as possible… otherwise there’s a serious chance you’ll get shot off the table before you make contact. As a Plague player, make sure you make use of buildings or ‘hit the dirt’ to give your units some extra protection as they advance across the battlefield. With this in mind, the Leapers’ 6/15 speed gives some advantage over the standard 6/12 movement. As standard you get two in a unit, but it’s worth thinking about boosting that to four, for an additional 40pts each. Once in combat, the Leapers are rolling 3D each and hitting on 4s (3+ if they pull off a Charge). What’s more they’ve got Frenzy (2), so it’s likely most of those dice will turn into hits.

Alternatively, consider combining your Leapers with the Sentient Leader, as you’re able to add two Leapers as bodyguards. That way you can always take advantage of the Sentient’s Blood Lust Command Order, which allows all friendly non-pinned units within 6” to make a 3” advance. With speed being such a key element of the Plague’s offence, increasing the Leapers’ threat range to 18” is going to keep your opponent on their toes. They have an army… you have a Corruption. This monster is a real danger to almost anything it encounters on the tabletop. Let’s run through some of those key stats:

Not only that, but the Corruption generates an additional Black Command die too and is Inspiring, which is useful considering the generally low Nerve of the Plague. Our third choice is a tricky one because you’re potentially spoilt for choice with the likes of the Bursters, Murderbirds (yes folks, they’re coming back!) or even Plague Swarms. However, in the end, we’ve opted for a Plague Teraton… or two. A little like the Corruption, the Teraton generates a Black Command Die, but it’s the ability to teleport that sets the Teraton out amongst the ravenous pack. Thanks to teleport you don’t have to worry about pesky hindered charges. Not only that, but teleport allows the Teraton to completely ignore any terrain between it and the enemy. So, if you’ve got a target that’s hiding behind blocking terrain, don’t worry because teleport will still allow the Teraton to charge into combat. And once your angry Teraton(s) has/have materialized out of thin air, you’ll be attacking on 4D for each teleporting space tortoise.

Second generation infected are a stunningly brutal mix of power, speed, and aggression. Post-mortem exams of specimens brought down in Containment Protocol enforcements have revealed a massive increase in muscle fibre density alongside the basic increase in bulk making them disproportionately strong and explaining the ability of such a large creature to ‘leap’ across a battlefield. 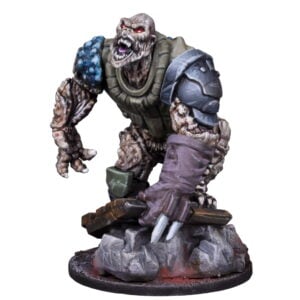 Recently classified by ECTU scientists, the 2A 'Sentient' is a seemingly more intelligent strain of the 'Leaper'. Typically it is seen barking and screeching commands from the rear, while packs of Leapers charge toward their target.

Bigger than a Plague Lord and more powerful than an Aberration, the hulking creature known as a Corruption is a rare and terrifying sight. Four, thick arms ripple with muscle under shifting flesh, each ending in a boulder-like fist. Its lower jaw can dislocate and split into two – allowing it to swallow most victims whole. Along its back, a hard carapace is topped with wicked-looking spikes of bone. And like a Plague Lord, it has the intelligence to command. 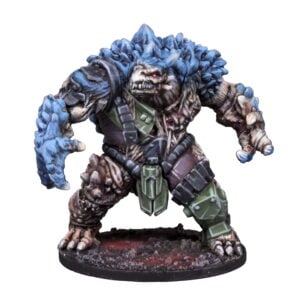 Infection with the Plague pathogen does nothing to diminish the strength and ferocity of a Teraton, nor their ability to teleport. Although rare, Plague Teratons are deadly.