So, to round-off our Kings of War rumblings we can now talk about Mhorgoth Rising!

The contents of the box have been designed to be game legal and balanced, and an introductory scenario is included for beginners to get started with. The set also makes a great addition to your existing armies, as you can use the figures to add additional ranks to your units – particularly if you swap with someone else who has got a copy!

Pictures speak louder than words – so check it out! 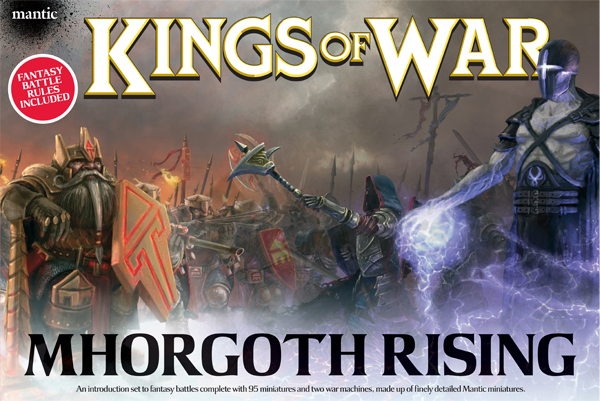 with the contents of the box

The new game is out on the 26th September and, alongside all the new Orcs, is now available to pre-order.

Check back on Monday when big armies are about to get a whole lot bigger as we start our Mega-Miniatures-Marathon – don’t miss it!